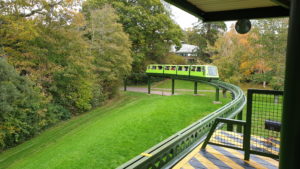 A very popular exhibit at Beaulieu is a display of some of the cars that have been used on film and TV and it was there that I bumped into an old friend – a Reliant Regal, which, of course, was driven by the Trotters in Only Fools and Horses.

All in all, a super day out – highly recommended.