My interview about interviews with Sir David Frost 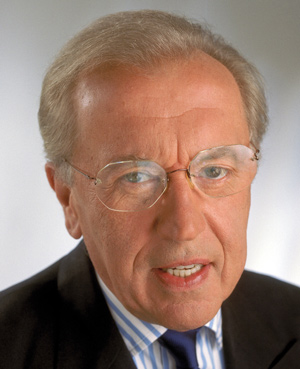 I was very sad to hear of the death of Sir David Frost. I was lucky enough to meet and interview him last year about a BBC Four series he was presenting on the art of the television interview.

As I have written today in this piece for the Daily Mirror, Sir David was charming, generous with his time – and fascinating to talk to. I consider myself very privileged to have met him.

While we mourn the passing of a extraordinarily talented man, my thoughts are with his family.

Here’s the piece I wrote at time to go with the BBC Four series, which will hopefully be repeated soon along with a season of his finest work, including, of course, his famous interviews with Richard Nixon.

From fawning fifties fireside chats with political leaders, through relaxed conversations with Hollywood stars to fiery Jeremy Paxman-style interrogations, the television interview has come a long way over the past six decades.

For more than 40 of those years Sir David Frost has been grilling
presidents, prime ministers and film stars, using his unique mix of charm and incisive questioning to get them to talk frankly.

Tonight the veteran broadcaster takes a look at the evolution of the television interview for new BBC Four programme, Frost on Interviews.

In addition to commentary from David – whose 1977 interviews with shamed American president Richard Nixon were voted The Best Television
Interview of All Time in a poll last year and were the basis for a
film, Frost/Nixon – many other leading interviewers offer their take
on the genre.

“On the surface it the television interview is a very simple format: two people sitting across from one another and having a conversation,” says David. “But underneath it’s often a power struggle, a battle for
the psychological advantage with both sides trying to hold on to the initiative.”

Back in the early fifties, when television was still in its infancy, the interview was little more than an opportunity for the interviewee – particularly politicians – to say whatever they wanted, with
deferential interviewers doing little in the way of asking searching
questions.

That began to change in the late fifties when presenters – many of
them on the newly created ITV’s Independent Television News including
a young Robin Day – began challenging political leaders in a way never
seen before.

“Face to Face was a pioneering format and Freeman’s incisive
interviewing style had a huge influence on many people including me,”
says David. “Stark lighting and extreme close-ups created the
atmosphere of a psychoanalysts couch. He set the standard for the
personal personality interview.”

In the mid-sixties David Frost landed his own talk show The Frost
Programme and his interviewees included British fascist leader Sir
Oswald Mosley and Rhodesian Prime Minister Ian Smith. 1969 saw him
land his own US show The David Frost Show and his guests included
everyone from John Lennon to boxer Muhammad Ali.

Back in the UK Michael Parkinson’s eponymous talk show began in 1971
and attracted the biggest names in Hollywood including Peter Sellers
and Richard Burton. Michael, however, is always frank about why they
appeared. “They are on the show not because they love you but because
they’ve got something to flog,” he says.

Since then the celebrity television interview has become commonplace
making stars of hosts like Jonathan Ross, Clive Anderson and Graham
Norton, while the political interview has certainly lost any last hint
of deference with Jeremy Paxman’s type of grilling now being
commonplace.

By contrast, David Frost’s own style of interviewing combines
meticulous research with a disarming approach which has often led to
his subjects letting their guard down more readily and giving more
away than they ever planned.

“I think the style of my interviewing hopefully is flexible,” he tells me, in a one-to-one interview conducted at the offices of his production company.
“It’s capable of being serious or interrogatory if that is relevant or
sometimes you’ll get much more out of somebody by relaxing them. The
questions are still serious but it’s a relaxing conversation.”

David reckons for a television interview to work, two things are
essential: careful research and an ability to listen. “It’s obvious,
but research is absolutely vital before any kind of interview,” he
says. “Because it helps you to ask the question and it helps you to
understand the answer.

“Listening to the answers is key too. It is a source of bewilderment
to me when interviewers don’t do that. When I first went to America to
do a talk show some reviewers commented on the fact that I listened to
the answers to my questions – whereas it ought to be something all
interviewers do.”

But even research can’t help interviewers when they make a slip of the
tongue. “I remember when I was at TV-am,” he recalls. “We sent a young
reporter out to the Holy Land and he filed his report with the opening
line: ‘Welcome to Israel – a Mecca for tourists’ I’ve always
remembered that.”

What the subject says is obviously key to a good television interview,
but for the questioner, knowing when not to speak can also make a big
difference, says David. “Silences are a fascinating subject for an
interviewer,” he says.

“Three seconds of silence feels like an eternity on television. You
have to use your instinct and think: ‘Is this someone who, if I keep
mum, is going to feel they have to go on and give us something really
special or is it someone who has completely forgotten what they were
about to say.

“Richard Nixon was a perfect example of this. When he paused I
thought: ‘Should I shut up? Is he about to say something completely
new? Or is this a case where he has completely forgotten what he was
about to say and should I leap in?

“In a live show you only have a second to make that decision. Back in
1988 American presidential candidate Michael Dukakis paused for 27
second before answering a question – and it wasn’t even a particularly
difficult question.”

“And Parky, not in the area of politics which he’s not so interested
in, is very good. He’s passionate about people and he’s very natural
with them. Unlike me, he’s not as interested in political power,
because he’s got so many other interests.”

It is political power and holding those who wield it to account that
has always fascinated and driven David Frost. “The reason why we have
to be more vigilant about politicians than other people is that they
have power over other people’s lives,” he says.  “And that’s why they
have to be accountable.”