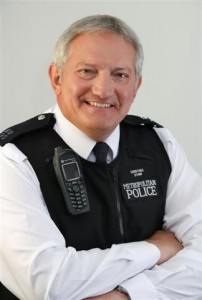 Once you get past the headline big name awards, there are always the other ones like famous people you’d assumed already had an honour and  scientists and inventors you’d have expected to have been recognised years before.

This year for me that is Bletchley code-breaker Raymond Roberts, who has been given a MBE. Captain Roberts was part of a tiny team whose code-breaking is credited with helping shorten the Second World War by at least two years. Now 92, I find it staggering that he hasn’t be recognised before.

Then there are the announcements which just leave you thinking why? And for me this that is the news that Cherie Blair has been made a CBE. Here’s just one of the many reasons….! (click here at your peril)

There are also the ones which give you a really warm glow – and this year that’s the news that someone I’m lucky enough to know pretty well, actor Graham Cole, best known as PC Tony Stamp in The Bill, has been awarded an OBE for his extensive charity work.

Graham’s OBE really is proof that nice guys do sometimes come first. I first interviewed him about 20 years ago about his love of being in The Bill. Four years ago, as one of the longest serving members of The Bill’s cast, I approached him about doing his autobiography. A deal was done over coffee in a cafe in Leicester Square (along with our mutual friend Nuala Giblin, who would work closely with Graham on his book) and my company Splendid Books published the result, On The Beat in September 2009.

In all my dealings with Graham, I’ve never known him to be anything other than utterly charming, a consummate professional and 100% reliable whether it’s been attending a book signing, doing  interviews (or dealing with the business side of things). This includes moments when things didn’t go quite as planned, but he always remained stoical and his usual pleasant self. It’s just not me though – he’s the same with everyone: from the scaffolders we met on the way to an interview with Steve Wright on Radio 2 to the little old ladies wanting their books signed at a supermarket in Kent, nothing is too much trouble for him.

Graham has been awarded his OBE for his charity work, which I know he is totally committed to and works tirelessly at. His OBE is totally deserved – and I’m delighted for him – and his family. It’s great to see some recognition for one of life’s good guys.

Posted December 29, 2012 by Steve in category The Bill