Donald Sinden: “I thought my knighthood letter was a wind-up!” 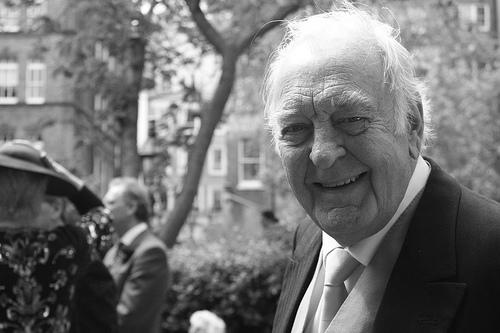 Sad to hear today of the passing of Sir Donald Sinden, an actor of great range and depth. His career encompassed films like The Cruel Sea, extensive stage work, TV comedy like Never The Twain.

I interviewed him first as a young reporter when he appeared at the Chichester Festival Theatre. An imposing and seemingly rather grand figure, he was nevertheless, utterly charming and not remotely stuffy. I last spoke to him 12 years ago when he appeared in the BBC drama Judge John Deed. He was his usual jolly and ebullient self. Here’s the piece:

Veteran actor Sir Donald Sinden‘s interest in Britain’s legal system goes way beyond simply playing a judge in the BBC One drama series Judge John Deed.In fact he likes nothing better than whiling away a few hours in a court room watching a gritty real-life case and reckons a seat in the public gallery at a good court case can be the best free ticket in town for entertainment value.“I’m enormously interested in the law,” says Donald. “I go to watch cases quite frequently and find them absolutely fascinating. I’ve been dozens of times over the years.“I was on a tour abroad recently and I went to see cases in Sydney and Melbourne because I like to see how different countries operate their legal systems.”Donald recently took his 22-year-old grandson Hal to see a case. “I thought it was time he was introduced to the seamier side of London life,” he laughs. “So I took him off to The Old Bailey.“A friend of mine is a judge there so I telephoned him and he said he had a very boring case on but he said he’d which court had a interesting one going on!“So when we arrived we were told to go to court sixteen which had a rather juicy murder case being heard of a young man who had [allegedly] kicked his drug dealer to death.“During the afternoon there was a break and the defence counsel saw me and came rushing over and said: ‘You gave me such a shock when you walked in earlier.’“I said: ‘Why?’ and he said: ‘Well this morning the prosecution counsel opened the case with a real histrionic display as he described the murder scene and all the blood and brains splattered on the floor.“‘So when I rose I accused him of behaving like Donald Sinden – and I thought you’d heard about this!’ He’d meant that the other barrister had presented his case in a very theatrical fashion. I thought it was very funny!”Donald‘s character in Judge John Deed is an appeal court judge Sir Joseph  Channing, John Deed’s ex-father in law, and a man very different to Deed, who has a reputation as a progressive and an independent thinker.“Sir Joseph is a rather right-wing, blustering and very much of the old school,” says Donald. “That makes him poles apart from John Deed both politically and in their attitude towards the law.“And socially Sir Joseph is quite upper class whereas John Deed is a working class boy made good and every time they meet they try to get along but very quickly rub each other up the wrong way.”Donald has a soft spot for Sir Joseph. “He’s not a nasty man,” he says. “He’s a product of his generation and all his life he has worked studiously for the good of the legal system.“He’s honest and straightforward and none of his cases have ever been overturned. It’s just that whereas John Deed would put someone on probation, Sir Joseph would sentence them to hard labour if he could!”Donald‘s 60-year career has encompassed a wide variety of work including films like wartime classic The Cruel Sea and The Day of the Jackal to comedies like Doctor In The House and TV sitcoms like Never The Twain.He was knighted in 1997 – but didn’t believe it at first. “It was lovely,” he says. “It was a complete shock and when I received the letter from Downing Street I thought it was a wind-up!  “You have to reply saying whether you will accept the honour. I was worried it might get lost in the post so I delivered it by hand to Number 10. The policeman recognised me and let me in the gate.“As I approached it that famous Number 10 door opened and an arm came out and took the letter. I never did find out if the arm was attached to the door or a person!”Donald, who has been married to his wife Diana for more than fifty years, was 79 last month but has no plans to retire. “Actors don’t retire,” he laughs.  “I’m still enjoying it and doing work like Judge John Deed is a joy.”