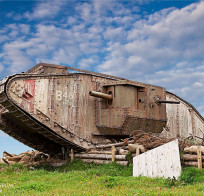 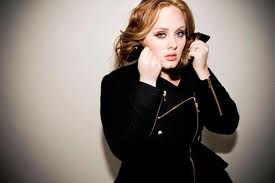 Great to see Adele picking up so many Grammys. A truly worthy winner and how refreshing to see someone with an amazing talent not being heavily moulded and manipulated by a record company. But would she have won The X-Factor? I doubt it. Far too independent and feisty… 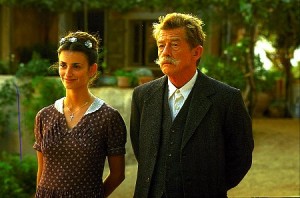 I was delighted to see John Hurt honoured at last night’s BAFTA Awards. A charming man and a superb actor, I met him back in 2000 when I was commissioned to write a behind-the-scenes book about the making of the film Captain Corelli’s Mandolin.

Probably because of the parts I’d seen him play before, I was slightly more nervous about meeting John than anyone else in the film, but he couldn’t have been friendlier.

Sporting a wonderful moustache he’d grown for his role as Dr Iannis, he was down-to-earth and good company – and certainly no luvvie. As one of the film’s stars, a chauffeur-driven car was at his disposal but he would turn up on set every day on an old scooter (which would have probably given the film’s insurers palpitations… if they’d ever known.)

Halfway through filming I was invited to a party at John and his then girlfriend Sarah’s house (a large mansion rented by the film company for his stay) which he was holding in honour of the terrific bunch of young Italian actors playing Corelli’s soldiers, who had just finished filming and were about to head home. I got lost on the way (this was before sat-navs!) and nearly rolled my hire car on a very steep hill trying to turn round after taking a wrong turning) and was more than pleased when I finally found the house. John was a genial host and the party went on until about 3am…

The film itself – which featured Nicolas Cage and Penelope Cruz in the lead roles – was panned by the critics – and certainly there are some reasonable criticisms that can be levelled at it –  but I’m always going to have a soft-spot for it, as it reminds me of the month I spent on the beautiful island of Cephalonia, with a wonderfully co-operative cast and crew…

Incidentally…. Cephalonia was devastated by an earthquake in 1953 so, as the film was set during the Second World War, old houses had to be constructed from scratch. Dr Iannis’ home, overlooking a bay, looks incredible in the film but was actually just a carefully built replica, which as my pictures show – was held up by little more than scaffolding… 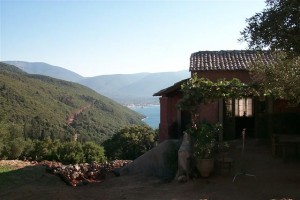 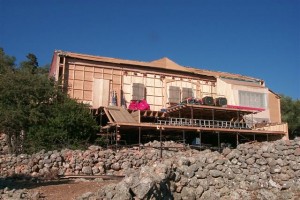 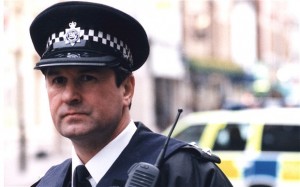 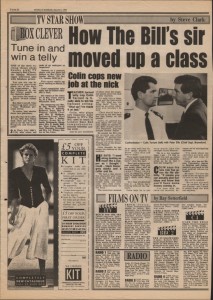