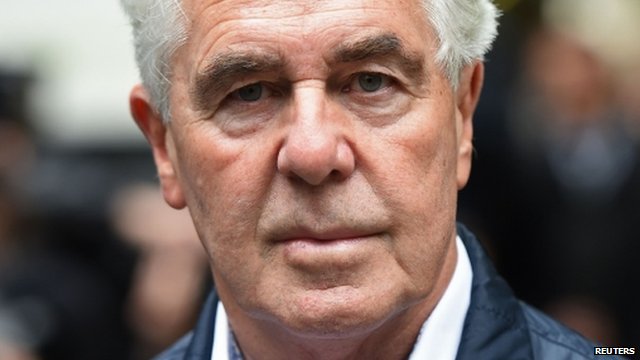 So Max Clifford has been sentenced to eight years in prison for a string of indecent assaults. Even prior to him being exposed as a sex offender, I’ve always found him a pretty loathsome creature, often found dealing with people at their worst times – and frequently mired in sleaze. The worlds of PR and journalism go hand in hand but Clifford seemed to be far too keen to exaggerate and invent for his own ends. (The fact that Clifford created the whole Chelsea strip part of the David Mellor affair story to make it a more valuable commodity is typical).

As a journalist I managed to avoid the murky world of kiss and tells for which Clifford became (in)famous – it wasn’t a side of journalism (if that’s the right word) that appealed to me. So I only met Clifford once – and he lied to me then.

As a young reporter I was sent to cover a charity football match. Among the team were some  EastEnders actors. I recall Clifford introducing me to a young actor who he said was joining the show. He went into detail about the character the guy would be playing in Albert Square. He was, in modern parlance, bigging him up.

I called the EastEnders press office the following day to check it out. They’d never heard of the the actor and he wasn’t joining the cast. It was a work of pure fiction by Clifford. No doubt his lies were simply to try to get some press coverage for an up-and-coming actor – but to me it was an early indication that even for little gain, some people will invent and deceive…

Posted May 2, 2014 by admin in category EastEnders