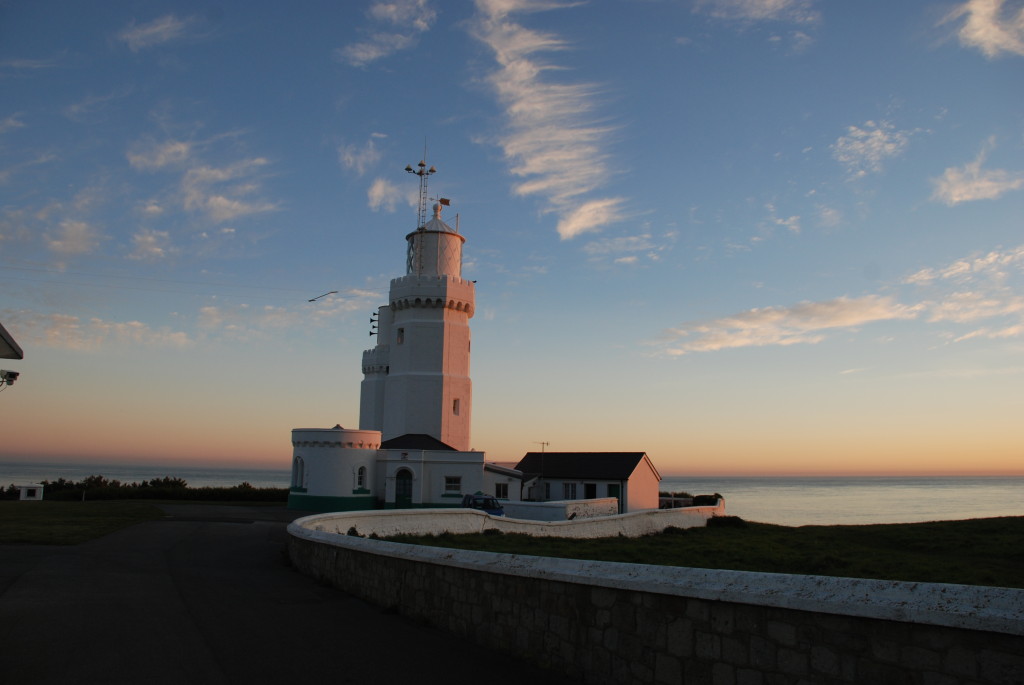 I blame Enid Blyton. Ever since I read her Famous Five adventures I’ve been fascinated by lighthouses.

Rising majestically on the edge of a cliff or standing precariously on top treacherous rocks, they are weather-beaten and storm-lashed – yet unmovable.

Then there were the lives of the men and women who worked in them, manning them round the clock, making sure the lamps shone brightly and the foghorns never let mariners down.

An often solitary, yet strangely romantic existence, the jobs of these hardworking and dedicated individuals have long since vanished and the network of lighthouses around the British Isles is automated.

With no lighthouse keepers to provide homes for these days, Trinity House – the 499-year-old corporation given its Royal Charter by Henry VIII to look after the safety of shipping around our coast – rents them out as holiday lets.

And that’s how we find ourselves spending the weekend in a keeper’s cottage at St Catherine’s Point Lighthouse, Niton Undercliff, at the most southerly point of the Isle of Wight.

And if beautiful sea views, crashing waves, sunshine, rocky beaches and history are your thing, then you’ve found the perfect place to stay.

The cottage itself – we had Landward, the middle one of three there – could not have been more perfect for a weekend away.

The spacious, well-equipped kitchen was perfectly in keeping with the Victorian building and contained everything you could need.

In fact they really have thought about their customers’ needs to the point where they even have children’s cutlery – something very few places have (and something we always forget to take with us).

The welcome pack of food is also spot on. Someone has clearly gone to some trouble to think about what you might need – and there are enough provisions provided for a simple family tea and the first breakfast.

The bedrooms – one double with sea views and one with two single beds – are homely and welcoming and the lounge, again with those amazing views, is comfortable and cosy. 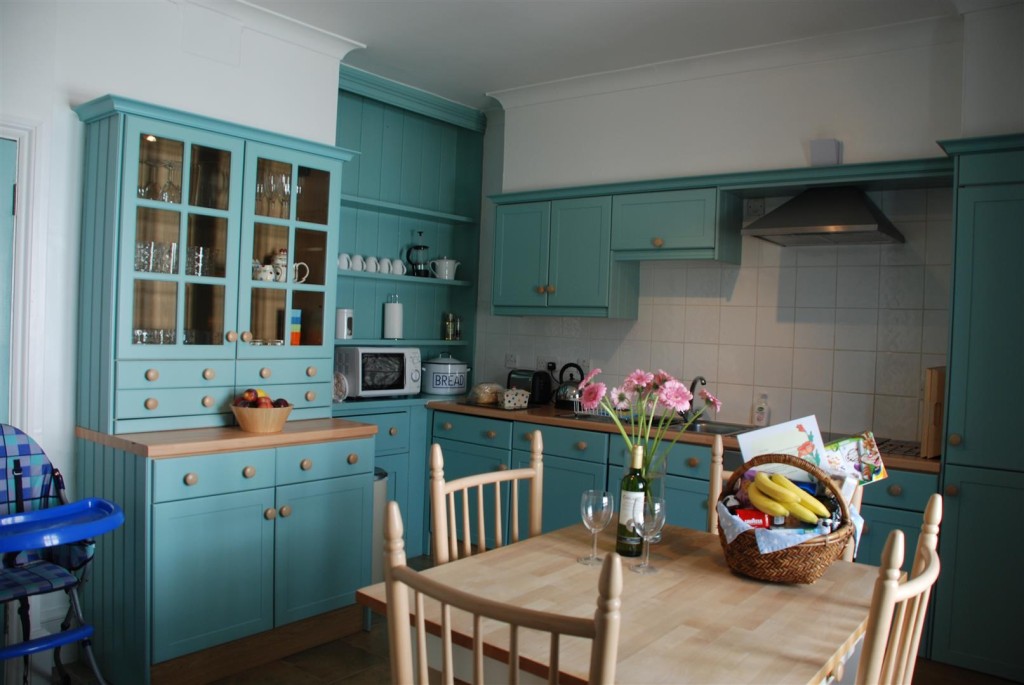 After looking around inside, my small son and I decided to go exploring.

There’s a private walled courtyard and beyond that a gate leading to the lighthouse.

The present lighthouse was built in 1838 after the loss of the sailing ship Clarendon, which was wrecked by hidden rocks.

It was originally three tiered but that turned out to be too high – the lantern was often shrouded in mist – so in 1875 it was lowered by 13m.

The lighthouse was automated in 1997 and the last lighthouse keepers left that July. It is now managed from Trinity House’s control centre in Essex.

On certain days it’s open to the public for viewing and my son and I decided to take the 94-step trip up to the top – including a short, almost vertical, ladder climb. It was well worth the effort because, as you might imagine, the views from the top are spectacular – and it’s impossible not to be impressed by the Victorian machinery still turning the light in the 21st century, its great weight floating on a bed of mercury. 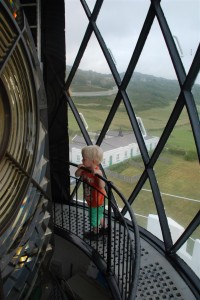 If you look closely you’ll see some chips in the lenses, a sad reminder of St Catherine’s darkest day – June 1, 1943 when a German bombing raid destroyed the engine house, killing the three lighthouse keepers who were on duty.

With such a tragic history and the fact that we’re on what’s known as Britain’s most haunted island, it seems inevitable that there have been sightings of ghosts at the lighthouse – including a figure in the lamp room and reports of a noisy family who talk and slam doors. I tried to put that out of my mind but later that night – when I ventured outside during a storm to take pictures, with the spooky beam of light from the lamp cutting through the fog – I did start to wonder…

During daylight the clifftop walks from St Catherine’s Point are spectacular – part of the 67-mile Isle of Wight circular walk – and the nearby town of Ventnor is a five-mile walk along the coast.

Ventnor has a wide sandy beach – ideal for sandcastles and perfect for children – as well as a host of bars and restaurants, including the olde worlde Spyglass Inn, which is an ideal place to have some good pub grub while enjoying views over the beach and out to sea.

Travel the other way from St Catherine’s Point – by car or, if you fancy a long walk, on foot – and you’ll find Blackgang Chine (blackgangchine.com). This has been ushering in visitors since 1843 – one of its first “attractions” was a whale skeleton.

The site is now one of the island’s most popular destinations and there is lots for families to see and do – Dinoland, Wild West-themed Frontierland, a giant maze, a crooked house and water rides. There’s also an exhibition explaining the cliff falls and erosion that have made Blackgang a disappearing village.

Further round the coast, at the island’s most westerly point, are the famous Needles – three distinctive stacks of chalk which take their name from a fourth needle-shaped stack of chalk which collapsed in a storm in 1764.

You can get a great view of these amazing rocks from The Needles Battery, a fortification perched on the cliffs built to guard the island, first against the French in the 19th century and then against the Germans in the 1940s.

Now run by the National Trust, they are a great place for young and not-so-young to explore, with gunpowder stores and the guardhouse.

There is also a tiny but excellent tea room in a World War II look-out tower. Nearby at High Down is another National Trust-run military relic – a former rocket test site where some of Britain’s Cold War and space race technology was tested under conditions of great secrecy.

With our afternoon exploring over, it’s back to the lighthouse for dinner. By now it has started raining and the wind has begun blowing a gale.

Back in the comfort of Landward cottage, it’s the kind of stormy, authentic lighthouse keeper experience you’d expect. And, fortunately, still no sign of those ghosts… 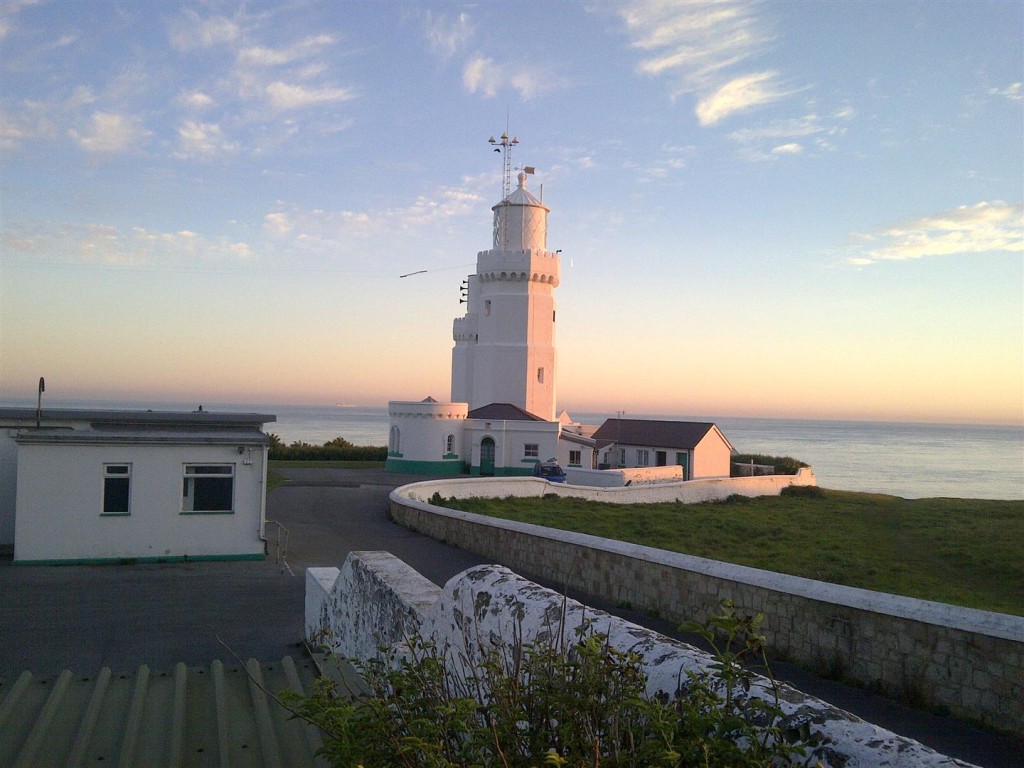 When to go : The Isle of Wight is great all year round. It’s the perfect place for lazy days at the beach in the summer when the weather is good, but it’s also fantastic for atmospheric walks by the sea or in the countryside when it’s stormy.

Top Tip : Take a bus. Even if you’ve got a car with you, leave it for a day and avoid the hassle of trying to find a parking space. The island is well served by buses which weave through the narrow roads (and you get great views from the top of a double decker!). There’s also railway line which uses former London underground trains.

Getting there : We travelled with Wightlink Ferries from Portsmouth to Fishbourne wightlink.co.uk You can also get there from Southsea by hovercraft and from Southampton by car ferry.

This piece by me was originally published in the Sunday Mirror. Click here to view it online.