Goodbye BBC Television Centre – thanks for the happy memories… 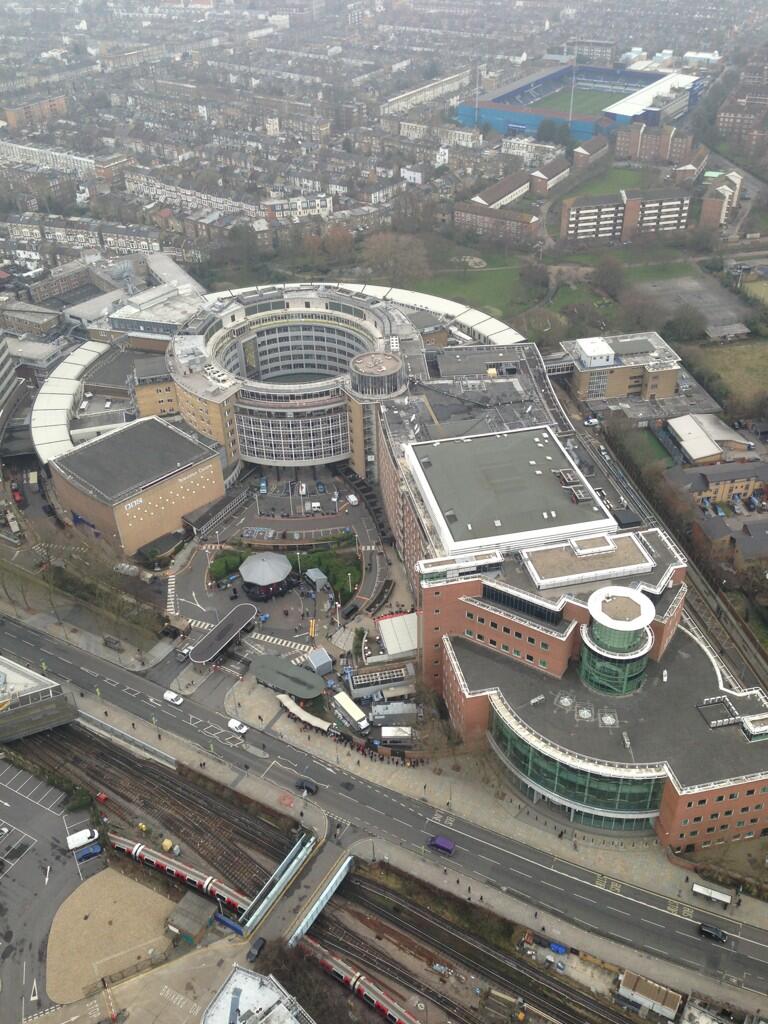 Like many people growing up in the seventies and eighties, BBC Television Centre was part of my childhood. It was where we phoned to try to get through to Swap Shop, it was home to the Blue Peter garden and it where Roy Castle broke tap-dancing records.

Then, from the age of twenty and working as a journalist specialising in behind-the-scenes reports about television and celebrity interviews, it became a regular place for me to go to do those  interviews. And at least twice a year, for around a decade, my colleagues and I would attend lavish press launches of the BBC’s schedules – usually held in one of the big TV Centre studios. A rather pompous floor manager would welcome us and then give us a necessary, but somewhat patronising, fire briefing.

A highlights of the season tape would be played and then a whole list of celebrities would be wheeled out and stuck on tables for us to go round and talk to. It was usually quite an eclectic mix: anyone from presenters David Attenborough and Clive James,  sitcom stars like Buster Merryfield and Richard Wilson, actors from a new drama and, if it was Christmas, the duty Christmas newsreader and weather presenter. These events were fun – partly because you never who would show up – and also because the wine flowed and the food was pretty good.

Then there were the one-off announcement launches like 1990 when Bruce Forsyth returned to the Generation Game…. (and I was back there a version of that show in 2005 when I watched rehearsals of Generation Fame and then interviewed its host Graham Norton and his guests.)

I also went there for lots of normal, relatively run-of-the-mill interviews (the one with Michael Parkinson sticks in my mind because as an interviewer himself I thought he’d be tricky – he wasn’t)  in rather nondescript offices. Television Centre could be a baffling place to find your way around and I got lost on more than one occasion, but then, so I’m told, did people who worked there. 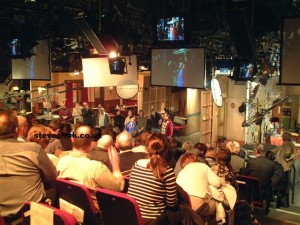 I was also lucky enough to attend the recordings of some great sitcoms including One Foot In The Grave, Only Fools and Horses and The Fast Show – and be part of non-transmitted three-hour practice run of the BBC2 roleplay show Crisis Command, which was great fun.

Television Centre has been sold to developers and will be turned into restaurants, shops, a hotel, flats and houses and offices but in 2015, as this blog explains, television production will return in a limited way and the famous Studio One will be back in operation.

I still think it’s a shame that it’s been sold at all – and it is something I wonder if BBC bosses will regret in years to come. It’s a magical place and I feel really privileged to have been lucky enough to have visited it so many times. I’ll certainly miss the old place.

Posted March 22, 2013 by Steve in category Only Fools and Horses, Television