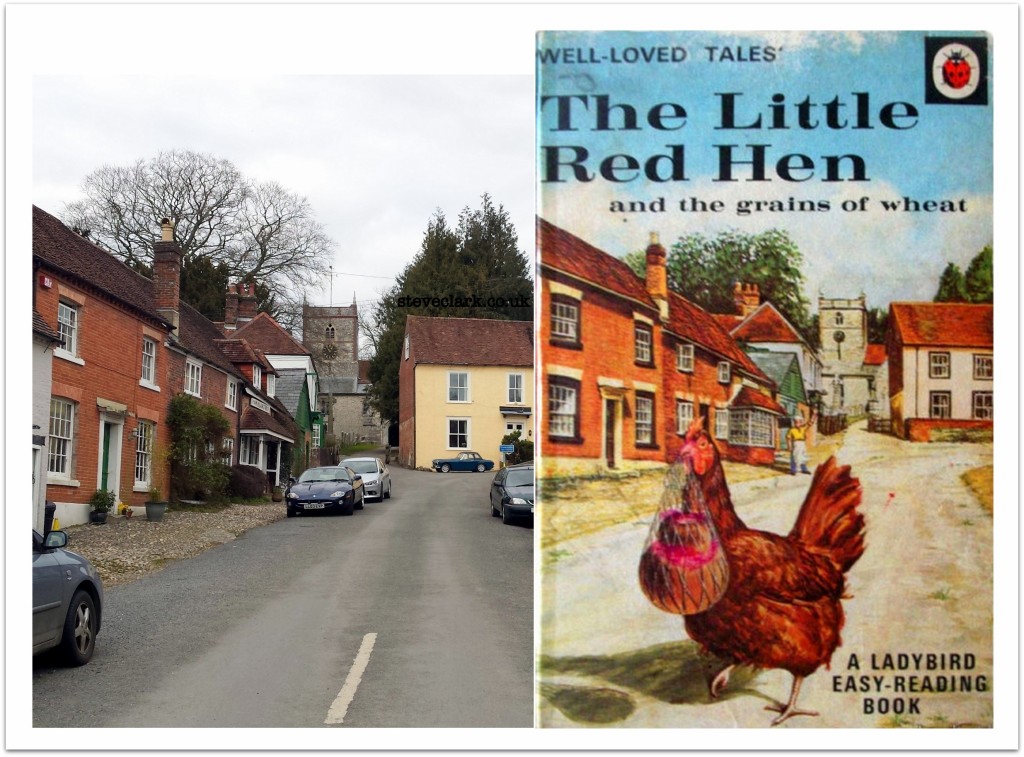 Of course, some of the non-fiction ones are rather out of date, and some of the older ones are hilariously twee. The ones that have stood the test of time best are the traditional stories like The Enormous Turnip and The Elves and The Shoemaker.

The illustrations in the books captured my imagination as a child and recently a friend told me that at least one of the pictures in The Little Red Hen was of a scene in a village not far from where I live, Hambledon in Hampshire (which is also famous as the ‘cradle of cricket).

Last week I finally got a minute to go to Hambledon and take a picture of the High Street which, except for a few cars, has changed very little since illustrator Robert Lumley painted it in 1966.

More on the work of Robert Lumley here.