EXCLUSIVE: My report from the set of the Only Fools and Horses sketch for Sport Relief 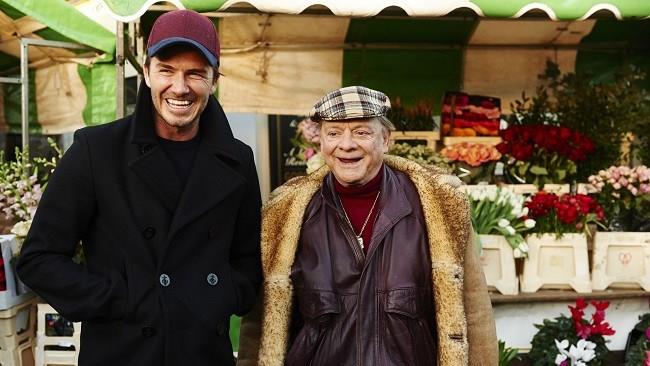 It’s 8am on a Saturday morning at a busy market in South London in January. People are milling around and there’s a queue at the fruit and veg stall. Then a noisy little bloke starts trying to make himself heard above the general hubbub.

It’s a scene familiar in towns and cities across the country. Except this isn’t just any mouthy market trader. This is Del Boy Trotter, the crème de la menthe of market traders, and he’s accompanied, rather unwillingly, by his long-suffering taller brother Rodney.

We’re at Wimbledon Studios for a very special event – the filming of an Only Fools and Horses sketch for Sport Relief. It will be the first time we’ve seen Del and Rodney for more than a decade.

And if that’s not enough, the sketch is to feature a guest appearance by football legend David Beckham. Short of getting Her Majesty the Queen to appear, it doesn’t get any better than this – and it has all the making of television gold.

“Well here we are again, it’s been a while,” says a cheery David Jason as he arrives on set and later concedes that he never expected to ever play Del Boy again, following the death of the show’s creator and writer John Sullivan three years ago.

It was David Beckham himself who got the ball rolling. Sport Relief asked him last year whether there was anything he’d be particularly keen to do to help raise money for the charity. Top of his list was to appear in a scene of his favourite comedy Only Fools.

“David Beckham got in touch through Sport Relief saying he is a big fan of Only Fools and wondering if there was a possibility of doing something together for the charity’s 2014 campaign,” says Jim Sullivan, one of John’s two sons. 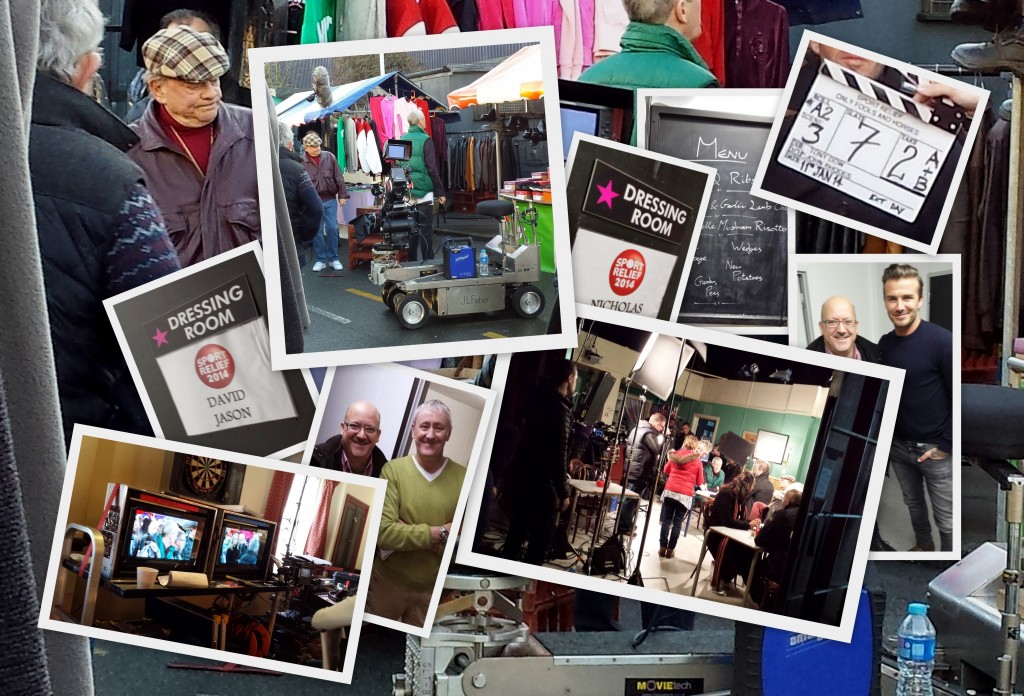 “Since Dad passed away back in April 2011 the question of whether we’d be interested in writing new material for Only Fools has been raised a few times, and we have always said no, our intention being to protect the work, not to attempt adding to it.

“However, with Sport Relief being such a worthy cause, and with the opportunity to help raise a lot of money, things were different this time. And we knew that Dad would approve.”

When news of the sketch got out, it was reported that the scene was to be based on scripts which John Sullivan had written but which had never been used, but there are no such scripts.

“A lot of things have been said, like it’s based on a script that Dad wrote about Del’s 65th birthday, that it’s a trailer for a new episode, that we are writing a new series etc. None of it is true,” says Jim. “It’s just a straightforward, one-off sketch for charity.”

Jim and his brother Dan wanted to make sure they used their father’s notes. “Once we’d had the idea for the sketch and had written out a rough first draft, we went through Dad’s notes – bits of dialogue he’d written for the characters but hadn’t found a place for – to see if we could work any of it into the script,” says Jim.

“It’s important to us that the characters feel familiar and true. We grew up around the show and are huge fans ourselves, so we feel we know the characters well. But Only Fools, its characters and every one of its episodes came from Dad’s mind, so if there was any way at all of getting his thoughts and voice into the script then, of course, we were going to do it.

“The difficulty was in choosing dialogue that would fit and in such a way that it felt natural and unforced, and for that reason we couldn’t use that much. About 90% of the script we had to come up with ourselves.”

I was lucky enough to have known John Sullivan for more than 20 years and write a number of books about his show including Only Fools and Horses: The Official Inside Story, and in my opinion Jim and Dan have done their father proud.

They even had to cope with making last minute changes to the script as Roger Lloyd Pack, who played Trigger had been due to appear but had to withdraw due to illness, and he sadly died just three days after filming took place.

A great deal of work and thought has gone into the sketch, which was shown during Sport Relief on BBC One earlier tonight, and it is as close to the work of John Sullivan as it is possible to get.

Even so, Jim Sullivan says: “We’d be lying if we said it hasn’t been a bit nerve racking too. The characters are iconic and so well loved, so it’s a big responsibility. We just hope we have done the characters and Sport Relief justice.”

There’s already a real buzz on set as the filming begins with David Jason and Nicholas Lyndhurst slipping straight back into the characters of Del and Rodney. It’s now a staggering 33 years since they first played them, but their enthusiasm is undimmed.

David once described playing Del Boy again as putting on an old pair of shoes and he slips effortlessly into the role. Nick Lyndhurst depicts world weary Rodney, so often on the receiving end of Del’s antics and schemes, as if he’s never been away from him.

The sketch is being shot on a London street set at Wimbledon Studios, where The Bill was filmed. The typical London street set – including a permanent fake pub – was built for Channel Five’s ill-fated soap Family Affairs and fits the bill perfectly.

Production Designer David Hitchcock, who recently recreated Arkwright’s shop for Still Open All Hours, which also starred David Jason, has recreated a typical market down to the very last detail.

Perhaps appropriately, as so many memorable scenes in Only Fools and Horses took place in the Trotter’s local The Nag’s Head, everyone is gathered in pub set when, without fanfare, David Beckham appears.

You might imagine that someone who has spent most of his life performing in front of thousands of people (with millions more watching on television at home), albeit on the football pitch, wouldn’t be that nervous. But he admitted he was up late going through his lines the day before filming and even woke up with the script on his chest. Part of that nervousness is probably down to him wanting to get it right.

He is genuinely a massive fan of Only Fools and Horses and grew up watching the show. So what does it mean to be in his favourite sitcom and appearing alongside two of his comedy heroes?

“It’s hard to explain because obviously I’ve been a big fan of the show for many, many years,” he tells me during a break in filming. “Being from the East End of London, Only Fools and Horses was what I was brought up on, so it’s very special for me to be in it.

“It’s very surreal but I’m really honoured. This is without doubt one of the most special things I’ve ever done. Only Fools and Horses is a programme that I love, starring two people who I love and respect so to actually be in it is incredible.”

Not that he found the experience that easy. “The hardest part was delivering lines sat next to David Jason and Nicholas Lyndhurst – two people who I’m in awe of,” he says.

“The other tricky bit was having to turn round to Nicholas and say something a bit rude to him as Rodney. I kind of wanted to apologise straight after it!”

As Del Boy would say: you know it makes sense.

Donate to Sport Relief at www.sportrelief.com

Posted March 21, 2014 by admin in category Only Fools and Horses