EXCLUSIVE: The Only Fools and Horses Sport Relief sketch script (if Trigger had been in it…) 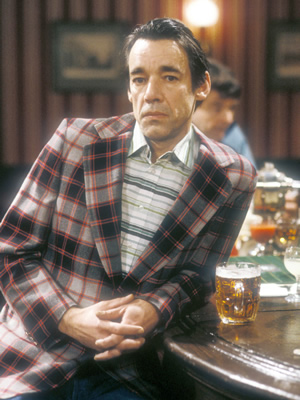 The Only Fools and Horses sketch for Sport Relief was originally planned to include an appearance by Roger Lloyd Pack as Trigger. Unfortunately, by the time filming took place over the weekend of January 11-12th, Roger was too ill (and very sadly passed away a few days later.)

Obviously a script had been written to include Trigger and a slightly different version was drafted when Roger was unable to appear. Jim Sullivan has very kindly given me permission to reproduce here the original portion of the script which would have included Trigger.

“One of the first problems we faced [with writing the sketch] was the question of what characters to include,” Jim explains: “Only Fools had so many memorable and loveable characters, but we eventually decided not to try and cram them all in just for the sake of it.

“It’s a ten minute sketch so we wanted to keep it simple. Trigger appeared in the original script and Roger Lloyd Pack was very supportive of the project. We knew that he’d been unwell but had no idea how serious it was. Such was his eagerness to be involved we only found out he was too poorly to perform a couple of days before filming – a true testament to his character.”

It was essential for Jim and his brother Dan that the sketch was as close as possible to something their father might have written. “It was important that the characters felt familiar and true, so if there was any way at all of getting Dad’s voice into the script, we were going to do it,” he says.

“We wanted to make it as close as possible to being a John Sullivan script. Dad was always scribbling down thoughts, lines and gags, and once we knew where we were going with the sketch and had written a rough first draft, we went through his notes to see if we could work any of it into the script.

“It wasn’t easy because whatever we used had to blend and feel natural and unforced, and for that reason we couldn’t use too much. About 90% of the script we had to come up with ourselves. The gag about Rodney playing hide and seek and getting locked in the chest was from Dad’s notes, and we thought it would be a nice way to begin the cafe scene – having a bit of banter between Del and Rodney before David Beckham is introduced.

“Trigger’s gag (in the scene that wasn’t to be) about Monkey Harris getting hit by a car was also from Dad’s notes – we just changed Lenny Corby to Monkey Harris and added Trigger’s cousin Marilyn (who was mentioned in the ‘Wanted’ episode).

“How to end the sketch also became a bit of a problem. We originally had a different ending but when we met with David Beckham he wasn’t too keen on it. And he was right; it just wasn’t a big enough ending. I had been toying with the idea of having David Beckham do the famous fall, but was reluctant to go with it. It just seemed too obvious.

“Plus it’s such a funny scene I was worried we wouldn’t be able to pull it off. When Dad wrote the original scene he knew that for it to really work the fall had to be completely deadpan (screaming with arms flailing would not have been as effective).

“David Jason did it perfectly, but it’s not an easy thing to do. I mentioned recreating the scene to David (Beckham) and he was very up for it, and I think he did a bloody good job of it too. And one thing that came as a big relief was hearing that a lot of viewers didn’t see it coming.”

Here’s the portion of the script which includes Trigger: 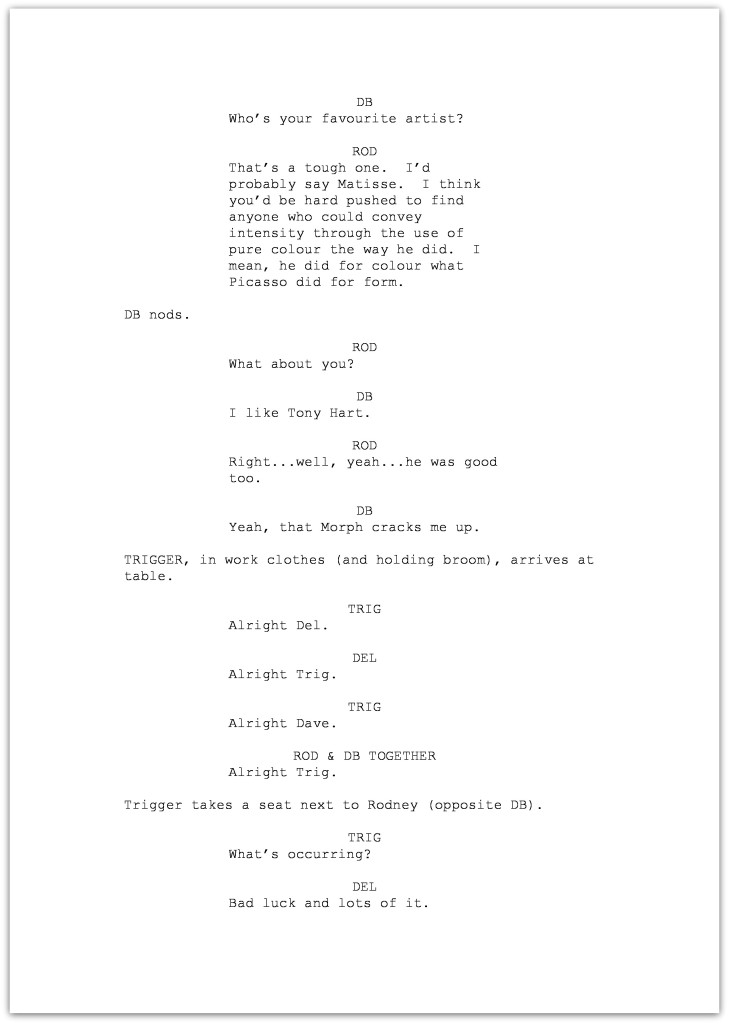 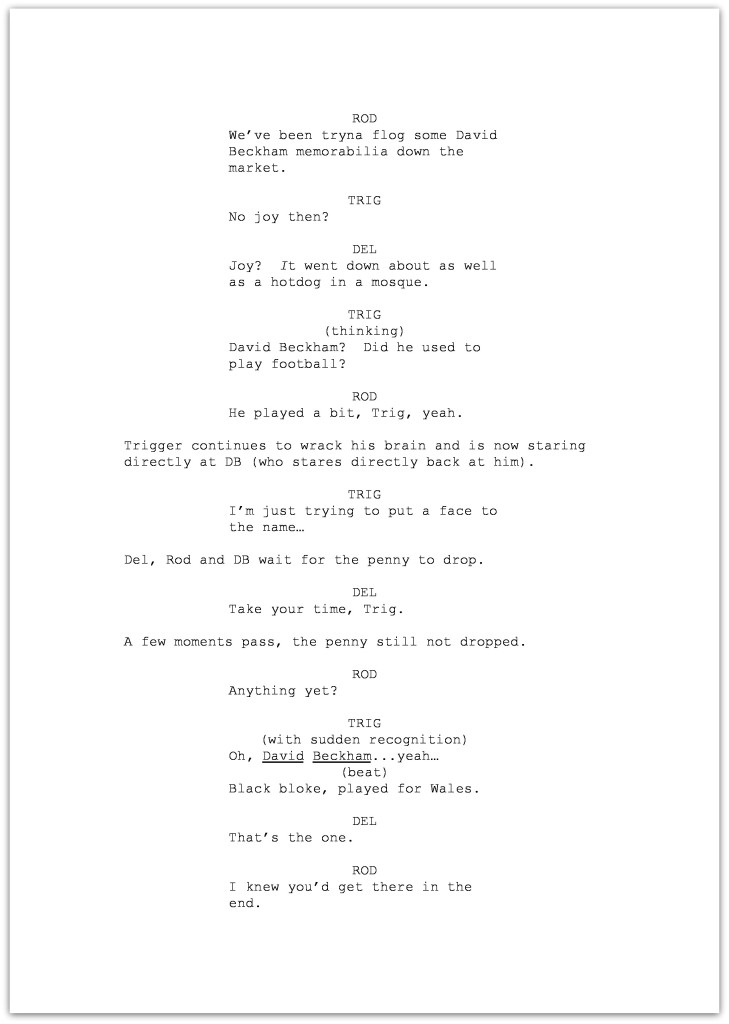 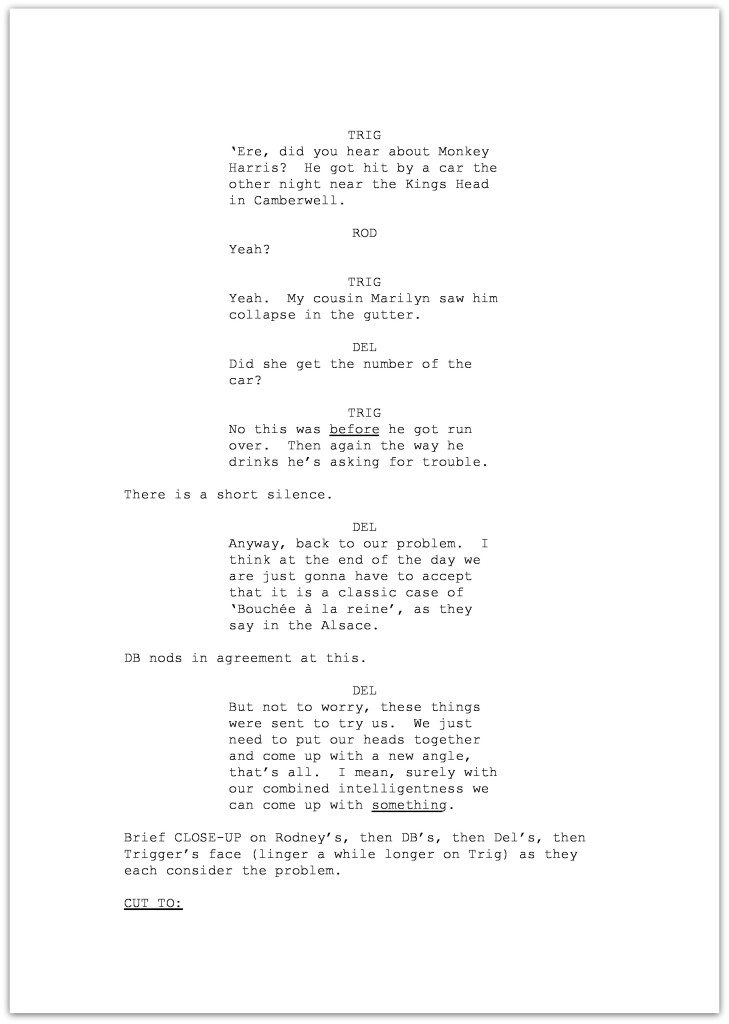 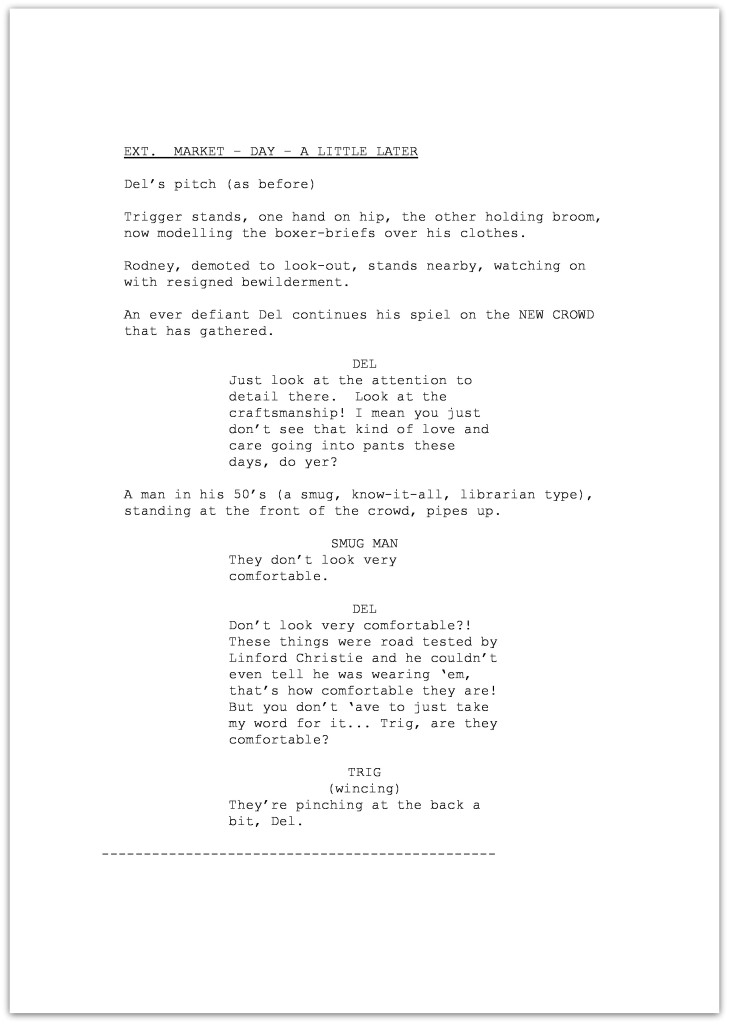 Posted March 28, 2014 by Steve in category Only Fools and Horses